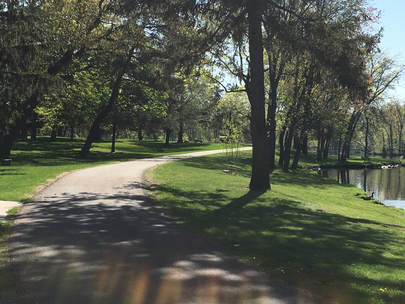 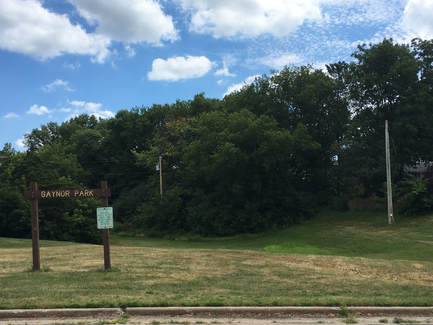 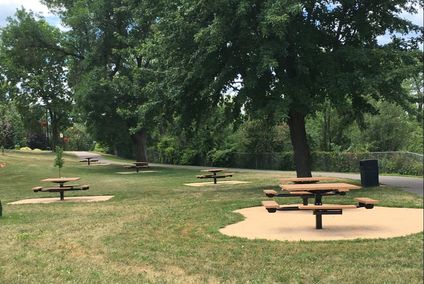 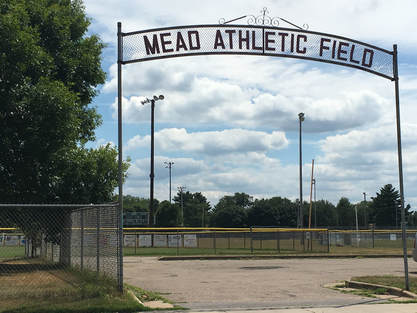 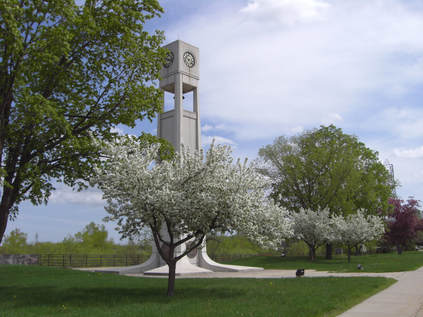 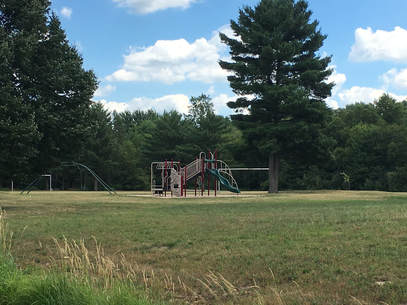 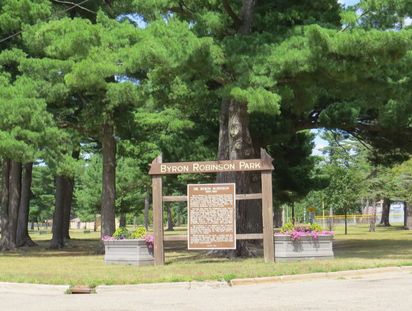 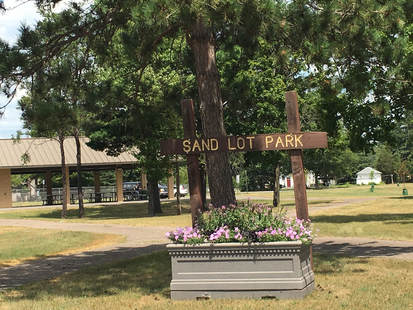 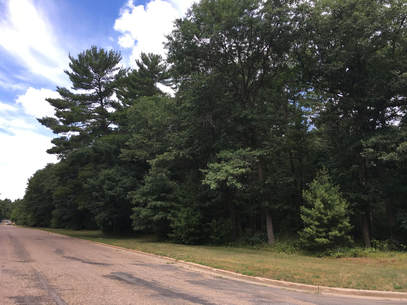 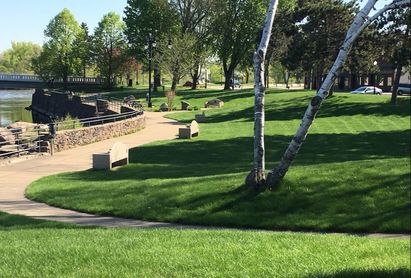 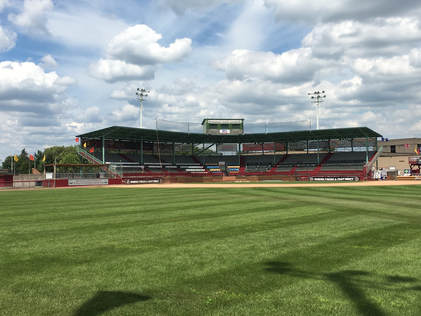 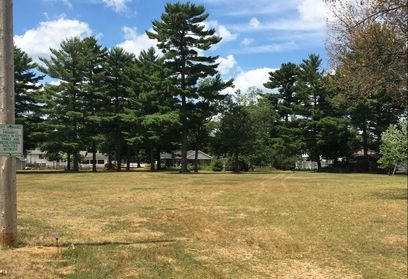 Then on the west river bank of Wisconsin Rapid the boulder was engraved with the names of seven soldiers who gave their lives in the Great War.

Dated 1919, it was dedicated July 4, 1923, by the Ah-dah-wa-gam chapter of the Daughters of the American Revolution, purposely in sight of the Indian Agency office in the MacKinnon block, to mark, "for generations to come, the Esteem and Friendship in which the Winnebagoes are held by the people of Wisconsin Rapids."

When President Coolidge sent a certificate in 1925 honoring 23 Winnebago war veterans, Agent Willis E. Dunn proudly hung a copy on the wall of the Indian Agency, just across West Grand Avenue from the memorial boulder.

Same with a service flag exhibited at the state fair in Milwaukee, presented by the Ah-dah-wa-gam chapter.

The local office dated from 1916, when the Department of Interior separated the Grand Rapids Wisconsin Winnebago agency from the Tomah Indian school, and named Samuel J. Stienstra, superintendent.

Stienstra's charge was to supervise expenditure of trust funds to 1,272 Winnebagos scattered over 15 counties in west central Wisconsin, northeastern Iowa and southeastern Minnesota and of 100 Kansas Potawatomi in Wood County near Arpin, presumably at Powers Bluff.

Employed here besides the superintendent were chief clerk H.J Key and assistant clerk Agnes B. McElligott.

"While Indians frequently visit the local office to secure funds and ask advice," said Stienstra, "the bulk of the work is cared for through correspondence. Upwards of ten thousand letters are received and answered through the local office annually, and funds are disbursed principally by mail."

In 1917, after one year, the Rapids agency was removed to Laona to the protests of locals here, who noted that three times as many of those served lived in this vicinity — at Arpin, Tomah, Black River Falls, Neillsville, Wittenberg and Wausau.

After local merchant L.M. Nash and banker F. J. Wood traveled to Washington, D.C., to twist the arm of the Commissioner of Indian Affairs, the Rapids agency was reopened with Willis E. Dunn in charge.

Dunn was an active agent who; in 1919, appeared before the Monroe county board at Tomah asking that Indian lands be exempt from taxation; in 1920, assembled an exhibit of Native beadwork, basketwork and produce to be exhibited at the state fair; and provided the explosive TNT, left over from WWI, for the purpose of clearing land.

When Abner Nash, 89, who had settled in Monroe County just after the Civil War, lay dying in 1920 on the White farm west of Rapids, Dunn drove out to help.

Also in 1920, Dunn reported that 89 Indians had died in the worldwide influenza epidemic but, he said, the old belief that the Indians were going to be crowded into little settlements and pass out of existence as a race was not happening — although many picturesque customs were passing out of existence.

Dunn also saw no intermarriage here between Winnebagos and whites and noted that the "white plague" of tuberculosis was on the decline.

In 1921, Dunn, most lately of Sisseton, S.D., was the subject of a "Who's Who in Wisconsin Rapids" series in which he reported that the Rapids agency issued about 2,500 checks annually. He said he was assisted by deputy H.D. Key and secretary Isabel Schlig.

The agency, then in the Wood Block on the East Side, was discontinued in 1927 and its duties transferred to Tomah. The agent who had replaced Dunn 10 months earlier moved to Idaho.

When a new Rapids post office was planned in 1931, an unsuccessful effort was made to secure in the building a federal court room and the Indian agency.

From 1961 through 1966, local anthropologist, cranberry grower and politician Philleo Nash was appointed Commissioner of the United States Bureau of Indian Affairs during the Kennedy and Johnson administrations, in a time when American Indians were increasingly active in demanding recognition of sovereignty and civil rights.

Dave Engel is a local historian and author of books in the "River City Memoirs" series. His columns are featured monthly in Daily Tribune Media.